• A Butterfly in the Chaos

Laurence Payot has been appointed as artist in residence on a project that explores how the current global mass extinction event is communicated by and encountered in public spaces. More information here.

Images below have been collected during a visit of the Manchester Museum Botanical Collection, with Lindsey Loughtman.

Why do we not care so much when a plant goes extinct?
Are they less important than animal species?

In its herbarium, the Manchester Museum has a few rare specimens of extinct species, including:
- Interrupted brome, Bromus interruptus (image one below), a grass that’s extinct in the wild in the UK but seeds were germinated and it is now successfully reintroduced, although it lost its natural habitat.
- Corncockle, Agrostemma githago, which was thought to have been brought to the UK in the iron age, went extinct in Britain. It is still found in other countries, and is often found in the UK in wild flower seed mixes.
- Pelea, an Hawaiian tree, is completely extinct due its unique habitat, only growing on one small island.
- Vanvoorstia bennettiana (red seaweed below), was only found in two places near Sydney Harbour a few years ago. Scientists collected it to the point of extinction. It was found and extinct within a few years.
The above all became extinct due to human interaction:  habitat loss, changes in agriculture, dredging of harbours… 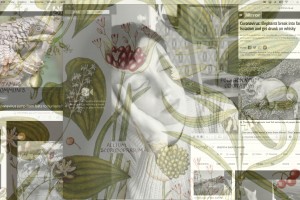 A Butterfly in the Chaos 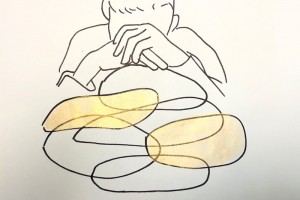 Artist in residence – Thinking Through Extinction