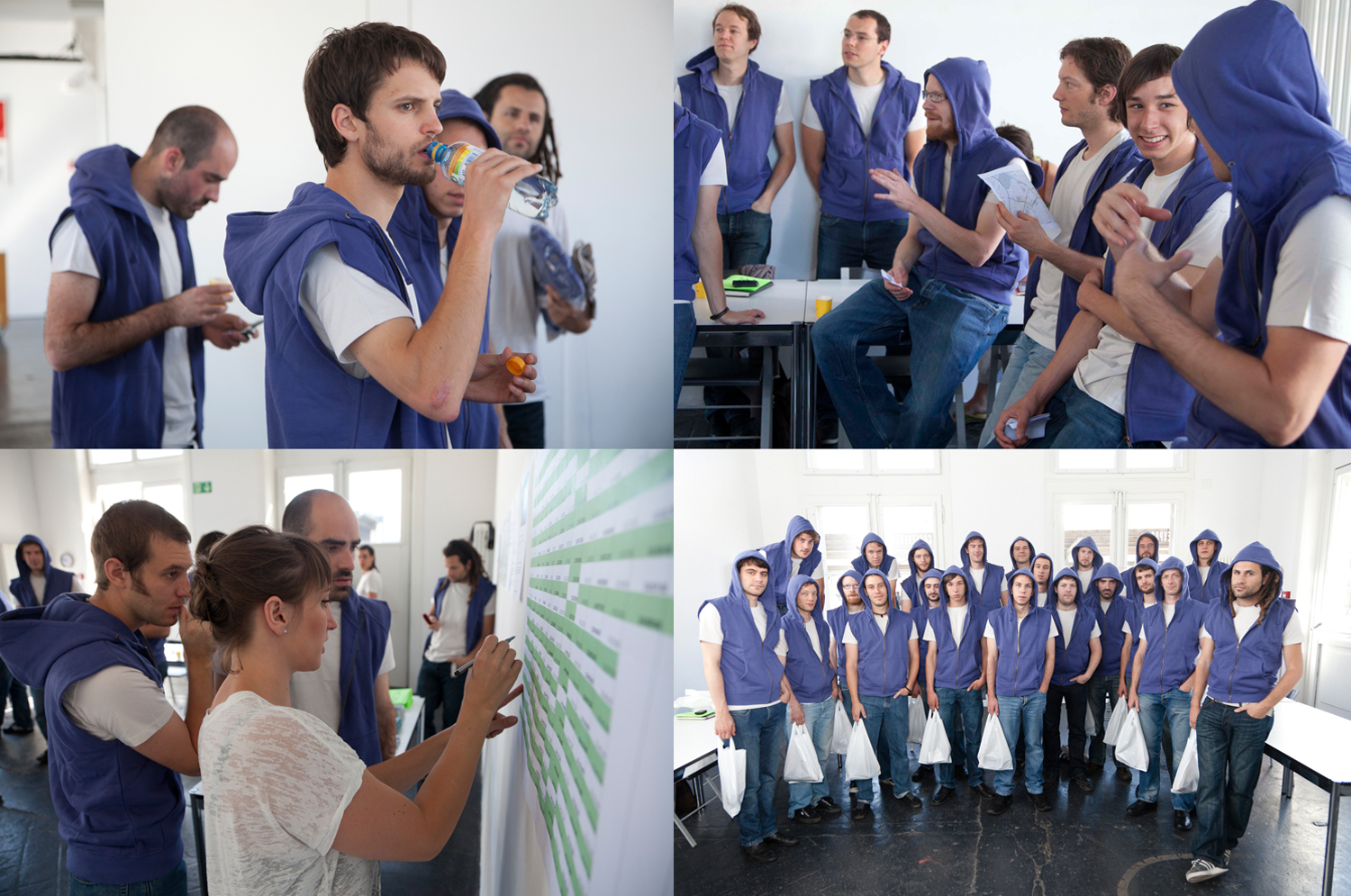 The Man Who Was Everywhere

“To see people coming to us as if we were a source of signification and symbols was pretty amazing.”

It’s a busy Saturday in Fribourg; people are doing their shopping, meeting friends in cafes, wandering around the market, when a nearly invisible intervention shatters the smooth daily flow… A deja-vu? A glitch in time? Didn’t I see this man before?

Like a short-circuit in perception, an awakening of the senses, the blue hud slowly appears again and again, like dots of blue paint in the continuous and unstoppable movement of the crowd.

With their identical purple tops, dark denim trousers, and white plastic bags, 23 men are walking the streets, a few minutes apart from each other, with a day-dreamy but determined look. As if out of this world, going somewhere, nowhere, a journey without destination, a never ending slowed down rush, they embody the same banal person, the one you would have never noticed. They all become him – he becomes magical.

“When I am in the middle of the crowd, I know I am everywhere, we are everywhere, all at the same time, all the same character.”

How does it feel when people talk to you as if they have already met you? When a little girl follows you to find out who you are? When a security guard stops you because he has seen you walking passed all day long? The public’s curious interpretations of the intervention were documented in short interviews with the 23 local young men who took part, and Gabrielle, a woman living in Fribourg, narrates her individual experience of coming across the work.

“It is not easy to walk in your own town playing a role and being someone else.”